Kitchen Nightmares Wiki
Register
Don't have an account?
Sign In
Advertisement
in: Under Construction, Season 5 (US), Restaurants 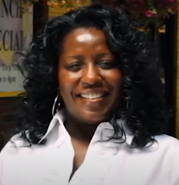 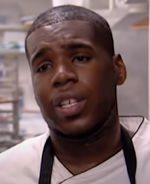 Blackberry's is a soul food restaurant located in Plainfield, New Jersey. The owner, Shelly, is convinced that the food and the décor are spectacular.

Impressions of the Food

Gordon deemed the Smothered Pork Chop dry and the Mac and Cheese bland and mushy, and asked if the smothered pork chop and mac and cheese was microwaved. He then commented on the Collard greens how they were bland and soggy. The Chitlins were commented as "shitlins" and he asked the waiters to pray to god before he tasted them and ended up getting sick and vomiting in the bathroom. The only redeemable thing on his order was the Red velvet cake made by Shelly's mother, Mary, saying that it was delicious.

Remainder of the Visit