Kitchen Nightmares Wiki
Register
Don't have an account?
Sign In
Advertisement
in: Under Construction, Season 1 (US), Restaurants 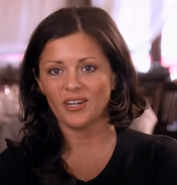 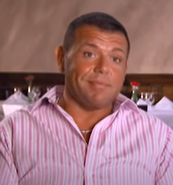 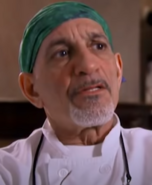 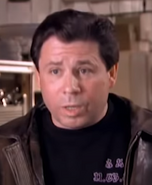 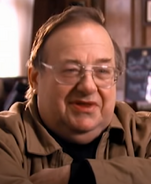 Peter's Italian Restaurant is located in Babylon, a village on Long Island near New York City that sports many Italian eateries. The main owner, Tina, is stressed out by the lack of business and frustrated that people think Peter, her brother and the namesake of the restaurant, is the owner because she puts in much more work than he does, while he claims all the credit. Peter, the minority owner and manager comments that unlike other restaurant owners, he isn't "married to [his] business," choosing to invest in his appearance instead of in the restaurant. John, a sous chef, mocks Peter's behavior and self-centeredness, proposing that Peter may be auditioning for a Goodfellas movie. Peter quotes a line from the film in question before being shown asking customers about the movie, strengthening John's argument. Yogi, Tina and Peter's father, asserts that he, his wife, and his children are a close family, and that Peter's is a family business. John and Tina both point to Peter as the main cause of the restaurant's failure because of his short temper and excessive spending on himself. Peter attributes his mood swings to his Italian heritage and doesn't see the problem with the fact that "instead of buying a stove, [he] bought a suit." The head chef, Robert, and Tina describe the poor state of the kitchen, with many appliances, including three ovens and a broiler, not working properly. Robert then expresses concern for Tina, who has the whole business on her shoulders and is starting to crack under the pressure. Angelo, one of the servers, explains that the restaurant used to be one of the best in Babylon, but has since gotten much worse. Peter notes that Peter's is behind on paying bills and that he's been getting numerous phone calls. Tina states that she would rather sell the business than lose everything, but that she doesn't want to.

Gordon arrives by train. Peter says he will pick Gordon up from the train station, but shows up almost an hour late. Gordon can't believe that Peter drives a Mercedes, and somewhat sarcastically says, "Nice car". Gordon says Babylon is a quaint little town. Gordon asks Peter point-blank if the restaurant is his. Peter thinks about it, then says it is. Tina lets it go, and Gordon asks who the chef is, to which they introduce Gordon to Robert, the head chef. Angelo waits on Gordon. Angelo is a capable and honest waiter.

Impressions of the Food

Ramsay finds the salad that comes with the crab cakes rotten, so he hands it to Angelo, his server, and eats the crab cakes by themselves, which he finds to be cold and not fresh. Angelo agrees, and yells at Robert and the sous chef John. Next, he comments on the amount of parsley on his plate of ravioli, so Angelo passes the criticism on to John who garnished the dish, who takes personal offense at the critique. John and Angelo bicker and the fight is loud enough to be heard in the dining room. Tina and then Peter try to diffuse the situation, but it only gets worse. Gordon sits down with Peter, Tina, Robert, and Peter and Tina's parents, but the meeting proves unproductive, as they just fight with each other before Gordon can say much.

Gordon inspects the fridge. As the temperature is not cold enough, there is a lot of rotten food. Gordon takes Tina, Peter and Angelo into the walk-in to point out the problems. Peter immediately starts to blame Robert, and says it's his duty. Peter resents Gordon blaming him for everything, and yells at Robert and John to clean the kitchen.

Gordon asks Peter how many reservations they have that evening. Peter flips through the reservations book pretending to check only for Gordon to point out that there are no reservations listed there. Peter says business is rough, then brags that his watch is real and he spends $1,000 per visit to a dentist to whiten his teeth. Gordon comments "I'd rather buy a new fucking stove". Robert tells Gordon that much of the kitchen equipment doesn't work, and says of Peter and Tina, "They never put a nickel into this place". Robert gets frustrated and Tina comments that "Robert is a great chef, but he's crazy." Peter also displays a habit of comping meals or giving away free drinks. Then a bill collector visits the restaurant. Peter is evasive and the collector calls him a "telephone tough guy". They go outside and seem to be on the verge of a physical altercation. Gordon sits down with Tina alone at the end of the night. Tina feels like she's the only one who puts money into the place and feels like she has to do it alone.

Gordon feels they don't have much time left, and he has to act fast.

Remainder of the Visit

The next day, Gordon has an idea. He decides to put Peter and his father Yogi in the kitchen for a lunch service, and puts Tina and her mother to run the front of house. John is excited because he feels Peter knows nothing about cooking, especially in a restaurant. Peter quickly notices the problems with the equipment, to which Robert delights "Welcome to my world". Before they start, Peter comes out of the kitchen and asks his mother for an espresso(which he pronounced expresso). Peter clearly doesn't know where things are in the kitchen, and starts blaming Robert and John. Yogi shows some ability, but Peter completely melts down. Peter asks Tina for an orange juice, Gordon has had enough and challenges him. Peter disrespects Gordon and suggests he get him an orange juice. Gordon responds "fuck yourself". Peter thinks those are fighting words, but restrains himself enough to say "Take it easy, killer". Gordon figures he's proved his point, and puts Robert and John back in the kitchen.

Gordon replaces the kitchen equipment with top-of-the-line appliances, thinking it will help Robert and John. Gordon implements a new family style menu. Both Robert and John are inspired as Gordon teaches them the new menu. Gordon talks to Peter and Tina and says though Babylon has many Italian restaurants, none of them specialize in family style dining.

Another "collector" arrives before the final service. This time it does get physical, and Peter takes him down, and needs to be restrained by John, Robert and Yogi before beating him worse. Gordon is genuinely concerned about Peter's temper. Peter goes into the kitchen to get an appetizer, but instead eats them. Peter starts blaming everyone but himself as they fall behind. Overall, the relaunch was still a success. After the service, Gordon says he knows Peter ate the bowl of clams(the appetizer) and says "You've never seen a day's work in 20 years. That's not how I run my restaurants." Peter says he's dealing with problems, but Gordon says everyone deals with problems, and that the biggest problem is Peter. He says "you're the only fucker now that's not pulling their weight, and that's not good enough. I think this place would run better without you." Gordon wants to talk to Peter alone, and Peter wants to commit to being better. As time goes by, Peter tries harder. Peter's Restaurant hosts an event in the community, which Gordon appears at. Everyone enjoys and is exciting by the family style concept.

Peter's closed in 2008. Peter Pellegrino according to FBI sources was once a made member of the Bonanno crime family, but kicked out. Yogi died in 2009. Peter as of 2011 was disowned by his family, and unemployed.